The Fatal Four – The Most Common Types of Construction Accidents 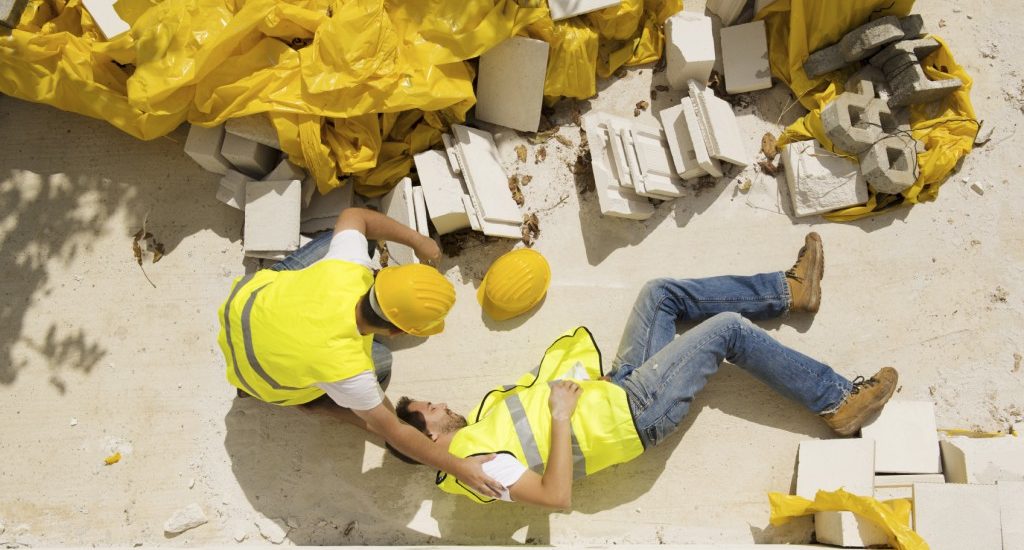 The U.S. economy relies heavily on the construction industry, which has more than 680,000 employers with over 7 million employees and creates nearly $1.3 trillion worth of structures each year.Since construction is such a large industry it faces many challenges, such as stagnation in productivity levels, lack of proper training when new technologies are implemented, and safety issues. Employee safety continues to be a recurring issue in the construction industry. In fact, the Occupational Safety and Health Administration (OSHA) reports that there is an average of 12 work-related fatalities throughout the United States every day. This makes construction one of the most dangerous industries in this country.

Construction accidents can happen any number of ways, but they are preventable. In a report done by the NYCOSH found that fatalities cases in New York State,on job sites where workers have died, employers had coinciding OSHA violations 100% of the time. This shows that most of the construction accidents that occur in the U.S. might be the result of negligence and disregard for the safety of employees.

OSHA has determined the leading causes of workplace deaths in the construction industry, as the “Fatal Four”, which include:

Falls: Approximately 36.5% of all deaths in the workplace occurred due to employees falling. These includes workers who have fallen due to unprotected sides or holes, improperly constructed walking or working surfaces, workers who have fallen off ladders, roofs, scaffolding, large skyscraper construction areas, etc., all due to failure to use proper fall protection.

Struck by an Object: An estimated 10.1% of deaths occurred due to swinging, falling, or misplaced objects. These also include falling objects due to rigging failure, materials that are loose or shifting, equipment malfunctions, and vehicle or equipment strikes.

Electrocutions: About 8.6% of employees died due to electrocution. Workers face several electrocution risks on construction sites, such as exposed wiring, wet conditions while outlets are exposed, etc. These are caused by contact with overhead power lines or energized conductors or circuit parts in electrical panels and equipment panels, poorly maintained extension cords and power tools, as well as lightning strikes.

Caught-in or Caught-between: Employees caught in or between machines, devices, or tools causing death accounted for about 2.5% of deaths. These also include trench or excavation collapses, as well as workers caught between moving or rotating equipment, or caught in collapsing structures or materials.

From the data provided one can see that falls from heights account for most of the workplace fatalities. Most of the accidents that occur on a construction site could’ve been avoided if the contractors or site managers had followed the proper guidelines to keep their employees safe.  A construction worker who has died on the job is leaving behind their families to cope with the loss, both financially and emotionally. That is why it is imperative to call a construction accident lawyer immediately after a fatal accident occurs. An attorney will be able to prove who is at fault and get compensation for the family dealing with the loss of their loved one.

Fill out our contact form to connect with construction accident lawyer today.