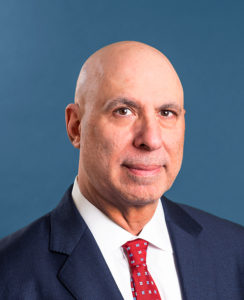 In 1986, Cliff joined WRSH as a trial lawyer, and in a short seven years, he became the firm’s managing partner. Since his admission to the New York State Bar, Cliff has purely practiced plaintiff&#39;s personal injury law. He specializes in negotiation, and he is actively engaged in the settlement negotiations of many cases that come through our doors.

Clifford A. Shapiro has experience in every type of personal injury case and has settled a countless number of them. His track record includes settlements ranging from several thousand dollars to several million dollars. Our firm has an unparalleled dedication to aggressive preparation before we get anywhere near a courtroom. Due to this commitment, Cliff can win sizable settlements prior to a trial taking place. He negotiates the maximum amount, as soon he is able to during the litigation process, to best serve the interest of our valued clients.

Cliff graduated with honors from the University of Buffalo in 1982 and received his J.D. from the John Marshall Law School in 1985. Cliff is a proud sustaining member of the New York State Trial Lawyers Association and the American Association for Justice. He is member of the New York State Bar Association, the Million Dollar Advocates Forum, and the American Bar Association. Cliff has also been chosen as a Super Lawyer, true recognition of his accomplishments in the field by his peers.

Cliff resides in Westchester with his wife, Judy, and their children: Sam, Corinna, and Roman.