“ This week Dervishi Law Group, PC & Morgan Levine Dolan partner Glenn Dolan completed a unified jury trial in the Bronx County Supreme Court, securing a $4,741,015 verdict against a single-family homeowner, a general contractor and an excavation company, on behalf of a 50-year-old construction worker who fell 11 feet into a pool excavation in the basement of a Manhattan brownstone. The evidence demonstrated the excavation partially collapsed, causing a plank that had been placed over a corner of the hole, and the worker who was standing on the plank, to fall. At the conclusion of the four-week trial, the jury determined the homeowner (who denied being present) directed and controlled the work, and the construction manager (who claimed to have quit the job two weeks before) was a “general contractor” on the date of this incident. The jury also determined the homeowner, general contractor and employer violated Sections 240, 241(6) and 200 of the New York State Labor Law, in instructing the worker to stand on the plank, and in failing to provide the requisite sheeting, shoring, bracing, safety lines and safety nets at the job site. The jury found the homeowner 10% at fault; the general contractor 50% at fault; the employer 40% at fault, and attributed no fault against the worker. Amongst other claims, defendants argued the worker delayed reporting his injuries; the CT scans, MRIs and other diagnostic studies showed negative findings; the worker’s neck, back and shoulder injuries were degenerative, and the worker exaggerated his symptoms and made a full recovery. The jury did not find defendants’ claims to be credible. Instead, the jury awarded the now permanently disabled, non-union worker a total of $4,741,015 in damages, finding he sustained numerous causally-related injuries, including a traumatic brain injury, a herniated cervical disc that necessitated fusion surgery, a herniated lumbar disc that was treated with epidural steroid injections, and a torn labrum of the right shoulder that necessitated arthroscopic surgery. While the compensation designated by the jury will not eliminate the worker’s pain and suffering, it will allow the worker the financial security necessary to continue to provide for his three children and to get the medical attention he needs. The firms of Morgan Levine Dolan & Dervishi Law Group, PC are proud to have played a role in helping to make this happen. ” 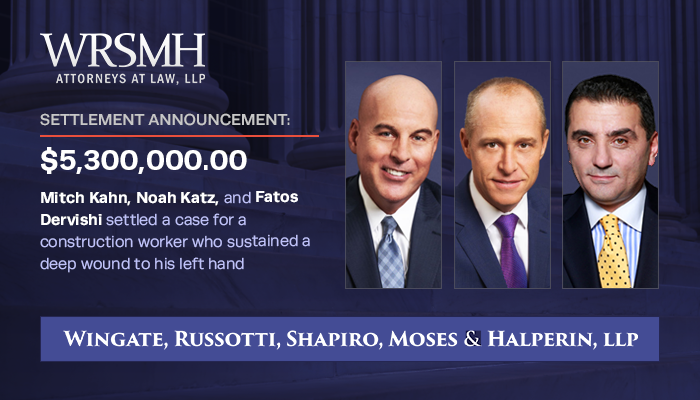 “Mitch Kahn, Noah Katz, and Fatos Dervishi settled this matter for $5.3M. This case involved a 28-year-old non-union construction worker who sustained a deep wound to his left hand/thumb while using a table saw which lacked a safety guard. While in the process of cutting wood with the saw, the wood kicked out and he lost grip resulting in the saw blade lacerating his hand/thumb. Over time, he developed Complex Regional Pain Syndrome and/or severe muscle atrophy compromising the use of his left hand and arm. In addition, he sustained an injury to his lower back resulting in single level fusion.

Defendants contentions were that plaintiff was not permitted to use the table saw and was instructed not to use it before the date of his accident. Mitch was able to show through witness statements, photographic evidence, and deposition testimony that plaintiff was permitted to use all types of hand-held power tools in the course of his work including saws. Any instruction not to use the saw pre-dated the accident by several months, such that on the jobsite where his accident occurred, plaintiff was directed to and did use saws in his work.

Defendants also countered plaintiff’s damages claims by contending that plaintiff’s claim of CRPS was unfounded and that plaintiff was malingering with respect to the extent and severity of his lack of hand and arm function. Mitch showed through medical proofs that plaintiff’s injuries were longstanding and a direct result of the accident and that he developed CRPS and/or severe muscle atrophy which impacted the use and functionality of his hand and arm given the nature and type of wound sustained.

Ultimately, the case settled at private mediation with the defendants’ insurers including available 1B coverage via plaintiff’s employer due to the severity of plaintiff’s injury and factual and legal proofs established by our law firm.” Read More….

“ We are proud to have represented a Local 3 Electrician in a motor vehicle accident that settled before trial this month. The Plaintiff suffered an exacerbation of a prior injury to his lower back that required surgery. As a result of the accident he was unable to return to his job as an electrician. The defendant’s insurance company claimed the injuries were not from the accident but instead from his years of heavy construction work. As a result, the initial settlement offer was $0. Read More….

“1.4 million dollar settlement for a non-union scaffold worker who injured his head, neck, back, shoulder and both knees when a scaffold partially collapsed, leaving him dangling from a lanyard ten stories above.

A tower frame alongside a building on the Dumbo waterfront broke and swung outward, causing the scaffold worker to fall nearly ten feet over the edge, where he was found dangling from a lanyard approximately ten stories above the ground. Read More….

“New Jersey Superior Court, Union County – Client was a 46 year old Albanian construction worker who was driving in New Jersey and was rear ended by a rack truck.  He sustained neck and lower back injuries to the extent he had a one level cervical spine fusion surgery, several epidural injections, and physical therapy. He could not return to employment because of his injuries. 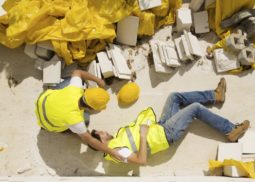 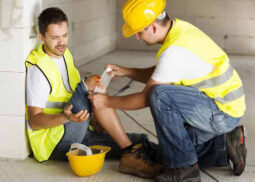 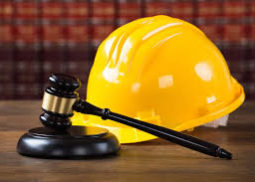 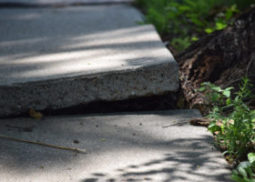 I wanted to send you a special thank you for all of your time and help. I can never thank you and Sheila enough for all you have done. It takes a lot of time and work to do what you do, I know that things do not always work out in life as planned. This situation has changed life for me….Thanks to you….I will not have to worry about providing for my children.

The whole process has been a nightmare and caused a great deal of stress on both of us. You work very long hours and hold a very stressful job so i know you’ll understand when i say that it is difficult to work with some of these things , and it causes stress…….your office has been the only one that has been helpful and pleasant to deal with.auditing…. Thank you for all your work and efforts.

George is an excellent attorney with tremendous experience and the highest level of legal knowledge.

George is an excellent attorney