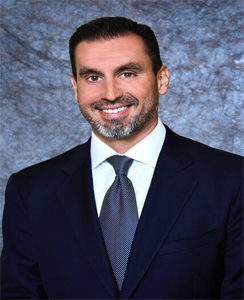 He is a partner and a third-generation attorney in his family firm of Tomkiel & Tomkiel.He is also “of counsel” to several New York law firms and litigates their complex accident cases. Matthew Tomkiel often assists other law firms as trial and appellate counsel and has several reported victories including:

$1.75 MillionMillion Trial Result: Home health aid injured back requiring surgery after she fell on icy steps at an apartment building in Westchester while visiting a patient.